The One and Only King Cat

As mentioned in our previous post, one area we put some efforts on over the last few months is King Cat’s game mechanics. We were very happy with the first version, but as we had to go back to the drawing board anyway, we thought that we might as well take another look not only at the overall offer, but also at the game itself and how it plays. So we ran new playtest sessions, brought our little box to designers’ nights and gathered new feedback and impressions.

The idea behind King Cat was always to create a game that is super simple to learn, encourages interactions between players and is very dynamic. Blocking a player from playing sounds (and actually is) rather satisfying, but we ended up with players not being able to play for several rounds in a row and hoping to draw the right card to get back in the game. Where’s the fun in that? Well there’s none really. So we ditched that concept and the “Stop” and “Go” Super Cards that went with it, and introduced 2 new Super Cards instead: Ignore the Die and a single Reset-ish. People were then playing one after another, with nobody being blocked anymore, and the game keeps on going just fine… like any other game. 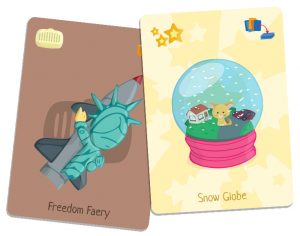 And that’s where we saw another opportunity to add more dynamism: why having to wait for your own turn to play, when you could play during anyone’s turn instead? Of course, we had to put some rules in place so it didn’t become a giant mess, but by doing so, we gave everybody an opportunity to play at any time, drastically reduced downtime and increased team collaboration. Success!

The final tweak was to add an alternative gameplay for odd number of players. In this situation, the original rule is to empower a player in the smallest team to become MUMUCHBIGGER and play twice. It’s fine, it works great but what if a player is neither a Cat Lover nor a Cat Hater? What if there is this one guy who just doesn’t care at all? And that’s how the NONOTIMPRESSED role came on board: one player against everybody else, which goal is for both teams not to win. Tempting, isn’t it?

Those updates make King Cat a lot more dynamic and vibrant, easier to play and still simple to learn. While we’re finishing the “How to Play” video, feel free to find more details in the now available to download King Cat’s rulebook (in English, French and Spanish).

We are Not Serious